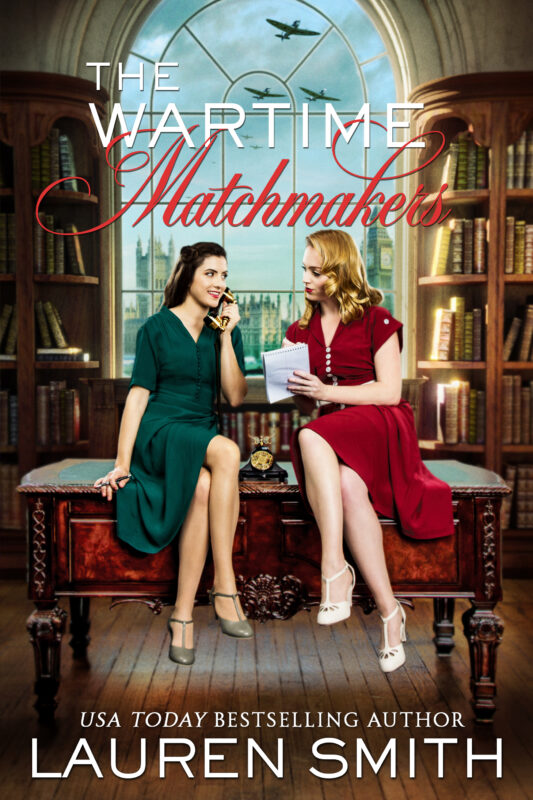 When the world went to war . . . they fought for love.

England, 1939: The world is on the brink of war when Elizabeth Mowbray breaks her engagement with a tea planter in India and returns home to the English countryside. Desperate to escape a stifling life under her parents’ roof, she moves to London seeking adventure and excitement.

With German forces sweeping across Europe, she has little hope of finding steady, fulfilling employment as England readies itself for war. A chance encounter with Henrietta, Brigadier General Byron’s daughter, sets Elizabeth on a course that will forever change her life and the lives of others.

Henrietta, a recently divorced and statuesque beauty, is not a hopeless romantic like Elizabeth, but her new friend inspires her to embrace life, even as the dark fog of war creeps across the English Channel.

The two enterprising young women come up with a brilliant idea to open London’s first matchmaking agency. They face numerous challenges in establishing their business in the midst of air raid drills, food and clothing rationing, and the dangers of the Blitz. As they match Londoners, they find themselves in romances of their own. Elizabeth catches the eye of a daring, roguish RAF pilot and Henrietta discovers passion with a charming solicitor who joins Britain’s first Commandos.

While the men they love are fighting in the air and in Europe, German shells shatter the peace of England. Henrietta and Elizabeth become legendary as they rescue men from the shores of Dunkirk, dig for survivors in the ruins of bombed homes, and inspire thousands of their countrymen and women not to give up the fight for life and love.

Inspired by the stunning story of the real matchmakers Mary Oliver and Heather Jenner, The Wartime Matchmakers is a humorous, poignant, and personal reminder that even in the darkest times, love triumphs.