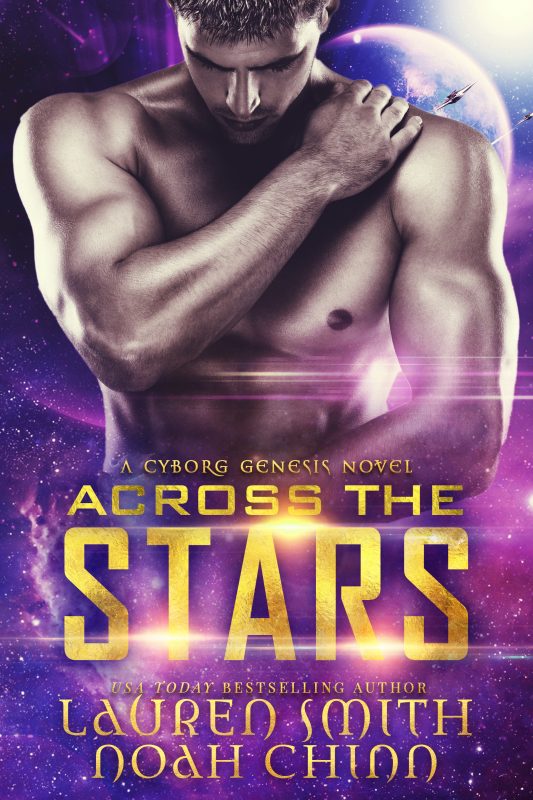 “We wait, we hide, and watch Earth burn across the stars…”

– From the lost pages of the ARK Diary

She’s one of the last free humans. On the run… And running out of time.

Laina Roberts has been on the run for ten years, a freeborn human hiding from the cyborgs of the Silver Legion who now controls what’s left of humanity. Moving secretly from planet to planet and space station to space station makes for a damn lonely life—and don’t even get her started on how long it’s been since she last had sex. Sometimes she thinks it might be worth turning herself in to the cyborgs just to end the loneliness. That is, until she’s caught!

Captured by a hot-as-hell Legion officer, the cyborg Ronan makes her think being probed by him might not be so bad. But becoming a cyborg’s slave—sex or otherwise—isn’t high on her to-do list. She doesn’t trust him and doesn’t understand his constant questions about Earth—especially those about her long-dead relatives. Ronan can just kiss her ass—oh yes, please—because she is not going to let her desires or his incredibly perfect body weaken her resolve. She now has a new mission, to convince the cyborgs and the rest of the galaxy that all Terrans, humans and synthetic humans like cyborgs, have the right to be free.

If only he didn’t make her feel like melting into his arms and never leaving. Being captured by a cyborg might not be so bad after all…