Home > Books > The Mark of Zorro 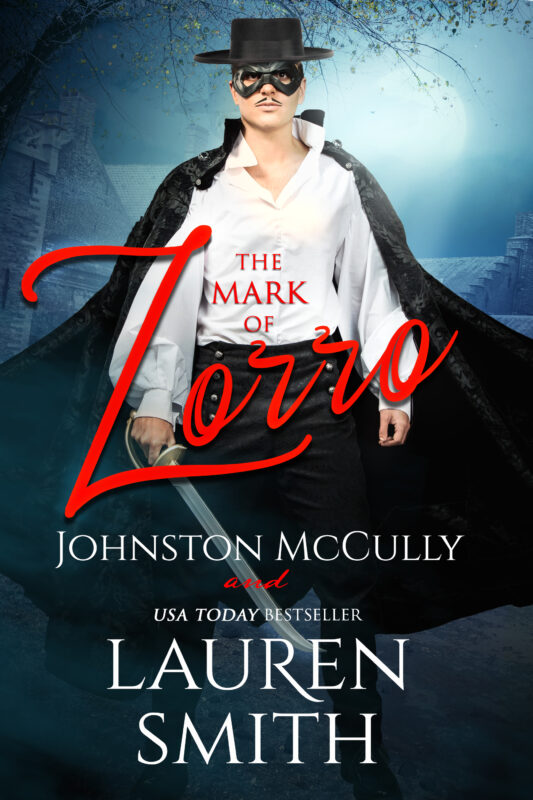 The Mark of Zorro

A masked crusader…a lovely, feisty seniorita, an adventure across California, and a love that becomes legendary…

Diego de la Vega has wealth and power at his fingertips. As the son of the de la Vega household, he should be a force to be reckoned with. As trouble in California grows, the more this charming caballero becomes focused on poetry and music instead of defending the people who need his protection. But as night falls and the moon is high, a horseman known as Zorro “the fox” rides through the hills, striking fear in the hearts of villains who would do evil. Diego keeps his identity so secret that not even his beloved father knows he is Zorro.

Forced by his father to choose a bride, Diego turns to the once great, now impoverished Pulido family. He sets his sights on winning the hand of Lolita Pulido. When Diego is granted permission to court her by her family, he assumes he will marry immediately. But Lolita is a woman of passion, of loyalty, of conviction and will have nothing to do with the tiresome, foppish, albeit strikingly handsome Diego. No, her heart belongs to another, the masked avenger who has saved her life and reputation. As foes close in on Diego and Lolita is once again threatened, he must once again don the mask and ride into the night.

About the Book
Look Inside
Disclosure of Material Connection: Some of the links in the page above are "affiliate links." This means if you click on the link and purchase the item, I will receive an affiliate commission. I am disclosing this in accordance with the Federal Trade Commission's 16 CFR, Part 255: "Guides Concerning the Use of Endorsements and Testimonials in Advertising."